This question begs an answer less about can and cant’s but more about the heart and its position. As with many questions about hobbies and pastimes there is no simple yes or no answer.

Discerning Christians should be able to examine their tendencies and their lifestyle choices through the lens of scripture. When we seek the Lord’s guidance in our lives He will give us clarity and we will come away with a better idea of what behavior is acceptable for us.

There are a number of things that cause unnecessary judgement and scrutiny in the church and one of those is definitely video games. Much like the big rock music scare in the 1960’s and 70’s (which is actually still going on today), many are quick to throw anything related to video games into the pile of worldly, evildoing media that will lead your family to Satan. Yeah, that’s hyperbole.

Admittedly, I’m biased. I grew up playing video games since I was about 4 years old and lived through the industry boom that turned consoles and computer games into what they are today. Naturally, I am used to them and maybe even desensitized to any negative effects they may have.

Overall, video games are just like any other media (movies, TV, magazines, books) and cannot be pigeonholed into one category. They must be carefully examined and discerned by scenario rather than lumped all together.

Don’t worry, I’ll tackle the negatives as well. First, let’s talk about when it’s good to play video games. The first thing I would tell anyone who says video games will rot your brain is that they helped me learn to read. 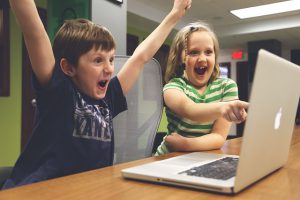 Yes! When I was just starting to pick up actual books (as opposed to pop-up books with just a few words) I was struggling with reading a bit. Maybe they couldn’t hold my attention, I’m not sure.

But when playing Legend of Zelda: Ocarina of Time on the Nintendo 64 the immersive world drew me into reading dialogue and plot points (this was before most game cinematics were voiced.) I’m sure I can’t attribute my ability to read solely to video games, but it sure helped.

Then I started playing MMORPG games. Not only did this eventually turn me into a self-taught 85-words-per-minute typist, but also helped develop skills like teamwork, communication, and quick decision-making under pressure.

Gaming for Family and Fellowship

But this isn’t about learning from video games, which I could write a whole separate article on. Can Christians play video games, or should they? As technology and culture changes, so does our media and the ways we spend our time. Record players morphed into online streaming, picture shows at the cinema eventually grew into family movie nights.

I know plenty of wonderful Christian families, several of which are in ministry, who regularly play video games together. Some parents bond with their kids (and teens) by playing together, and it’s sometimes a great distraction for rowdy children.

Not to mention the fact that I’ve both hosted and attended gaming events intended solely for Christian fellowship. Video games can bring people together much like board games and movie nights, yet the stigma remains of them only being for kids or jobless reprobates.

A friend of mine (who lives several hours away) even hosts a family friendly Minecraft server (online game) which has done well to connect many of us who don’t get to see each other much. Most of us who play are Christian and the game has become a ministry opportunity. 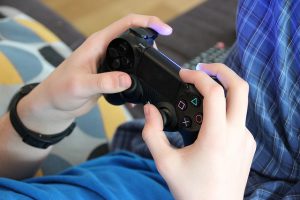 Despite what some people in the church such as the authors of this article or this one seem to think, playing video games for leisure is no different than watching a TV show or a football game.

When gaming as a leisure activity games indeed can be edifying, rewarding, beneficial, a good use of time, and even within God’s will (gasp).

Again, some Christian rabble would have us believe there are some activities that are completely off limits for Christians because they are “worldly” or “secular.” I just can’t condone a strict closed off Christian bubble of a life that tries to protect from every little bad thing out there in media.

Why you would condemn video games as a wholesome activity but not condemn football, sitcoms, movies, or reading magazines is beyond me.

Not Everything is Beneficial

Listen: I don’t want to hold video games up on some pedestal as if they are better or more righteous in some way than the other activities mentioned. Video games definitely have their downfalls like anything else, and sometimes they might be bad.

I’m sure you’ve heard of the 30-year-old boomerang kids who graduated from college only to move back in with their parents and play video games all the time. I’m sure you heard about people who had familial, marital, and career problems back in the heydays of World of Warcraft because so many people were addicted to the game.

And yes, there are some pretty rough games out there with plenty of needless drugs, sex, and violence in them. Everyone knows about Grand Theft Auto and Call of Duty and the kinds of things you can do in these games.

Even worse are the unrated online chat experiences players can have: in some cases there can be lewd sexual language, violent/hate speech, and even targeted harassment. Although there are systems in place to ban abusers in most cases, first time offenders and people who haven’t been caught are still too common.

There are dark parts of gaming culture, but it’s not generally difficult to tell where the lines cross. That is why ratings and reviews exist. That is why parental controls can be put in place. And that is where prayer and discernment come in.

I won’t ignore this issue and continue to laud gaming in general as a great and flawless thing. Game addiction can be a problem for those who are susceptible and yes, it’s a serious matter. I’ve heard it over and over, and maybe you have as well.

The story of the guy who spent more time playing video games than going to school and studying. The one who refuses to work and seems to play games full-time. The grown ass man who neglects time with his wife and kids in order to sit in front of a screen.

Addiction happens, and it’s a monster. If you’re someone with an obsessive or addictive personality and find that video games pull you into excessive and unnecessary hours of unproductive gameplay, it’s probably better to stay away.

And if you find yourself in one of the extreme cases mentioned above (addicted to games, unemployed for a long time, etc.) then I would encourage you to seek a good counselor. There is no shame in getting some counseling to help you through life’s many seasons.

I should also add that some games have moral pitfalls which can easily ensnare many people. Whether it is watching sex scenes or having your character take a hit on a blunt, you should make sure a game you play isn’t going to make you stumble (1 Corinthians 8:13).

So can Christians play video games? In the end it’s a matter between you, your family, and God. Video games, just like any other form of media, can be good or bad. They can definitely be used for good, and they can contribute to forming negative habit patterns as well.

Blanket statements and legalistic teaching should be avoided in topics like this (i.e., “video games are of the devil,” or “everyone should play video games”). The answer might be different for different people.

As with anything else in life, it takes discernment and accountability to help determine what lifestyle choices are wise for you.

Thanks for dropping by. Did my answer help you, or has my writing blessed you in any way? Do you have further insight to add to this discussion? Please comment below and let me know!

Video courtesy of Geeks Under Grace, a website and online community dedicated to Christianity in Geek culture.