You’ve talked to them. You’ve heard about them. You’ve seen them on TV. Heck, you were raised by them! The nutty and nitwitted Bible-thumpers not only want to prevent everyone from having fun; they want to keep you from learning and exploring!

Is there any way to get through to them? Will they listen? Why do they deny science and reason and statistics and just plain facts? Believe it or not, there are understandable reasons behind the madness of the super-religious. And especially Christians.

Give me a break.

The mark of intelligence is difficult to spot and track. Does it show in a master’s degree? How about a doctorate? Does the answer lie in IQ points, personality, success and effectiveness, or lifestyle? Can you really measure how smart a man is by what he believes?

I often wish these young progressive “brights” were able to actually see on the other side of the colored and biased looking glass they put on us Christians.  You mock us, twist our scriptures, belittle our God, and then expect us to see your point of view in the same light you do?

Before I say anything else, I’ll be brutally honest. I’m not proud of it, but I admit: we mock you, too. We belittle your beliefs. And we certainly make fun of all your little gods like new atheism, humanism, secularism, and even evolutionary theory. (Most of us, anyway. There are a few voices of humanistic or evolutionist Christianity. For the most part, though, their beliefs are rejected by orthodoxy.) We shouldn’t, of course; we are to be loving and understanding. Maybe it’s just our way of coping with what we see as a darkly smoldering world.

It’s Not Just Us

Look around you, though. People say “knock on wood,” or “seven years bad luck.” Every rational person knows this is absolute hogwash, yet we say it because we heard it from someone else. 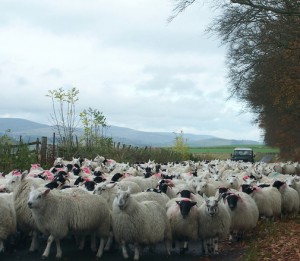 Rational, reasonable, easygoing, studied, well-read and highly educated intellectuals are not exclusive to any particular belief system. Even I must admit that Islam, which I do not by any means subscribe to, had periods of enlightenment with considerable scientific and artistic renaissance.

Similarly, one cannot refute the impact of Christian scholars and scientists on the modern world, the industrial revolution, and even the advancement of scientific discovery. Please view a list of great Christian minds throughout history and tell me again that Christians are stupid and have contributed nothing to the world stage. Tell me again Christianity hinders progress and scientific advancement.

A couple of notable examples: Francis Bacon, for one, is considered to be the father of the scientific method. No, he didn’t totally complete and refine it, but he advocated and paved the way for a verifiable scientific method to prove observable hypotheses. Perhaps he was not one of the great theologians, evangelists, or revivalists of the time either; he was, however, at the very least in a shallow sense if not more, a professing believer.

(As a side note, let me point out that the strange myth of modern evangelicals rejecting the scientific method and science itself is absolutely false. We do, however, reject a range of popular hypotheses and theories that cannot or have not been proven by the scientific method.)

Another is Benjamin Silliman. Founder of the American Journal of Science, he was a chemist and devout scientific explorer. He is known for successfully distilling petroleum and studying the Weston meteorite in 1807. For the record, he was also opposed to slavery.

Finally a more modern example is Raymond Damadian, who had a large role in inventing the MRI machine (although some dispute that-could it be because he is a young-earth creationist? very likely).

I don’t need to cite a list of well-respected atheist scientists. They’re pretty much the only ones given credence in the media and elsewhere anymore. But for the most part when they open their mouth about God or the Bible, they get pretty stupid.

Although so many of the most popular argumentative points among today’s atheists are ignorant and easily refutable, they are still adored as the world’s celebrity geniuses. Hell, a lot of the more popular atheists aren’t even scientists as much as they are talking heads.

When you lump an entire group of people together under false pretenses, assumptions, and butthurt feelings about a few people you’ve met in the past, you’re potentially allowing the same kind of fallacious group-think behind genocidal WWII regimes, Jim-Crow era racism, and endless middle-eastern slaughter into your pool of thought.

No, I am not comparing you to Hitler (even though that’s popular these days). I’m just saying that you can’t accurately label and compartmentalize people like that. You need to learn to empathize and understand. And yes, we do as well.

There is absolutely an endless supply of stupidity out there. But there is plenty of it that does not belong to Christians.

Sheep on the road courtesy of Ali May via FreeImages.com (licence)

25 thoughts on “Why are Christians so Stupid?”