I have this problem. It’ s a problem we all have, really. But everyone struggles with it to different extents and with varying alternations. 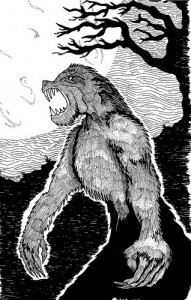 Sometimes I feel like an animal. An animal who is bound by instinct and genetics and what have you to perform a certain habitual set of actions. And while on one hand I have the free will to change any of those predefined actions and do as I please, it seems I first must sever a thickly metallic commitment of my nature that is hell-bound to perform those default actions.

I am sorry if I have confused you already. Please understand that I cannot fully grasp this concept myself. I don’t think anyone really can. But I think that at the very least, being aware of the problem is one step toward being able to fight against it. To fight against the beast.

Now I have gone from using the word animal to using the word beast. At first I felt that animal was an appropriate word to use, but it seems too innocent. Visions of woodland creatures frolicking in a meadow might come to mind at the mention of a mild word such as “animal.”

After analyzing this so called default behavior that I mentioned, I realized that by and large it is negative. Behavior that, if left unchanged, would ultimately defeat me and any purpose I might otherwise have. Or at the very least, behavior that would keep me just barely alive; surviving as a creature of habit who makes his way through life always taking the least challenging choices, or simply not making any choices at all and falling into an abyss of numb indifference.

Plus, it is not enough to say that I sometimes feel like an animal. I sometimes actually feel like I am a captive to a more unthinking, animal-like side of myself. Therefore, the animal is now something savage that I must fight against. A beast.

As I was saying, at times I feel like I am simply watching myself do things. Objectively, silently, watching through the lens of my own eyes. Watching a different me do things in such an unimpressive way that I am bored within the confines of my own mind, thinking about how things would be if I could or would actually take control of the body I am contained in and take actions to find further fulfillment and purpose in my life. (See Romans 7:15)

I actually just now went to listen to a song that was stuck in my head. After it was over, I watched a few videos of live performances and interviews with the artist. I never intended to do any of that. It’s not even important to me. I just did it. An hour gone! Useless waste of time. And that’s a significantly less self-harmful example; many of my habits are more destructive and time sinking than that. 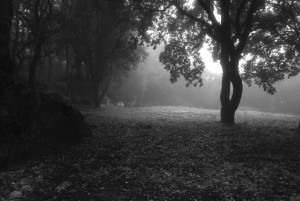 But it’s a good example of what I’m getting at here. I just do things without any intentions and for no real reason. It seems like my mind is a wriggling mess, trying desperately to cling to any useless thing in an effort to prevent me from doing anything remotely useful.

The beast in its rawest form is lack of intention, planning, and goal setting. It is apathy. Indifference. Mental fatigue. Lethargy. It may or may not be accompanied by addiction, guilt, bitterness, shame, laziness, hatefulness, entitlement, self-loathing, or any other form of degenerating well-being. It is not necessarily what most of us would call evil. It tries to look innocent and neutral, sitting in the “grey area” always ignored and looked over like a thin layer of dust on bookshelves seldom used.

We all have this beast. We are born with it and we cannot be rid of it. But some of us certainly fight it better than others. I have found that in our society the most successful people (practically regardless of how you define the term “successful”) are the ones who are better at fighting the beast. Likewise, those who are self-defeating and never go anywhere in life either are not aware of their beast or have no interest in fighting it.

It is a very particular thing, and yet it is the single most divided and ambiguous thing we know. It is able to be pinpointed, yet it is such a vast and innumerable container that it cannot be easily defined. It is physical, it is mental, and it is spiritual. It’s a disease, an infection, a curse.

Humanity has almost certainly always been aware of a mental subconscious, or at least some form of extraconsciousness.  Some guys studied some stuff and made theories and guesses and you can find all of this laid out very nicely for you in academia, textbooks, and psychiatry.

You can go into study all about what separate our different levels of perception and consciousness. You can look into the ego, superego, and id. You can pay someone to hypnotize you or help you to reprogram your psychological associations. But what’s really interesting is that on a whole, mankind still doesn’t really know all that much about the topic.

But I’m not just talking about psychology. I’m talking about a problem that is evident and persistent in a behavioral way that hints at roots in something deeper than a simple brain. As complex and incomprehensible as the human brain is, even less is known about the soul. So little is known about souls, in fact, that some people don’t even believe they exist!

And this is about a problem that penetrates our bodies, in through our consciousness and into our human spirituality. Or perhaps vice-versa?

Consider the story of Dr. Jekyll and Mr. Hyde. Dr. Jekyll was a man who noticed two sides of humanity. He saw a side that was supposedly good and a side that was unquestionably evil. He meddled with his own nature, tried to play God, and thought that he had conceived a way to split off this separation and do away with evil. 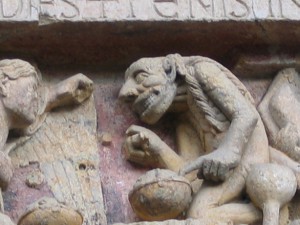 After experimenting on himself he did achieve a split. But it was not a split like cutting down troublesome tree branches or hair that has grown too long. It was a split that cut the trunk of the tree in half; a split that cut open the skull. He only succeeded in making his “bad side” worse and making his “good self” desperate. Instead of fighting the beast, he tried to run from it.

The story of Jekyll and Hyde is a story about sin. Sin is the cause of all human problems, and has infected every part of human nature.

When God created humanity in His perfect image, and created humans to rule over the Earth and all creatures, we can certainly assume that humans were meant to do great things and have an incredible potential (Genesis 1).

But man rebelled against God, and that potential was stifled. We began to devolve and become more like the animals we were supposed to rule over. And while humanity is still God’s most loved creation, it is nothing now like God intended for it to be.

Sin is a lack of goodness. In short, it is contrary to God. I’m not going to tell you that this beast I have identified is sin itself, but the beast is certainly caused by sin. One of the many, many problems caused by sin: it makes us lesser.

Not only does it make us lesser by force, but it takes away our desire to be better. Should we strive for perfection? No, this will only exhaust us. But we should strive to be excellent in all that we do to the extent that we are able to do so. After all, we were created to worship a perfect God. Why not live for Him to our fullest capacity?

Any attempt to record how to fight against our own ugly human nature would of course be a complete abstract; nothing I say will be able to help anyone tackle their own beast in a practical way. But if nothing else, perhaps you will be more aware of the problem and begin to make your own plans for revival.

That being said, there is a considerable amount of scripture on the topic that gives us much to meditate on. I will put a few references below. These are not just good talking points, but monuments and fortresses of defense for us to fall back on and refer to:

I hope you will join me in this fight.