One of the most sensitive cultural topics today (especially within the church) is that of homosexuality and LGBT (lesbian, gay, bisexual & transgender) issues. 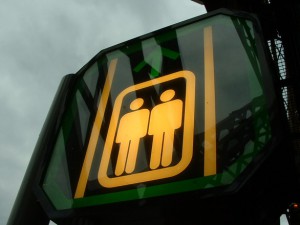 The accusations, misunderstandings, ignorance, hatred, and failure to understand scripture on both sides of the argument has created a nearly irreparable tension between the question of homosexuality and its relationship with the church, the Bible, and even God Himself.

Even after decades of public debate, legislation, activism, press coverage… the question still stands: does the Bible say homosexuality is a sin? Somehow amid the empirical “yes” and “no” answers there is little discussion about the actuality of this issue in light of scripture.

My prayer is to hum a different tune and shed some light on a reasonable Christian response that correctly aligns with scripture and God’s will.

“Yes, but…” One would have to take quite a lot of liberty with interpretive gymnastics in order to twist scripture and say that homosexual relationships are not sinful. However, the state of merely being a homosexual or not fitting into traditional gender roles is a different story. In order to answer the question fully we must define terms and have clarity, and this is what I explain below.

Admittedly, most Christians lack understanding when it comes to LGBT issues or even sexual issues at all. The tendency is either to not answer questions or to sweep them under the rug in hopes of diverting attention to something less controversial.

The cultural definition of sin would be something like “bad stuff you do” or maybe just “being bad” in general. Very broad, considering that “bad” is also a broad and arguable term in our morally relativistic culture. Many people see sin as simply stuff that pisses off God, reasons to be sent to Hell, or maybe even misdeeds that need to be made up for (or negative karma).

By contrast, the Biblical definition of sin is the failure to live up to the creation ideal set by God. That creation ideal is perfect goodness and absolute devotion to God in every second. Suddenly, avoiding sin seems a lot more difficult, right?

Not only this, but since Adam’s sin all of humanity has been tainted with the effects of sin which is not just bad behavior, but a poison and a disease. Sin is spiritual sickness, not just bad things we do.

The good news is that God foresaw our choice to rebel against Him and also our inability to live up to this standard after falling from it. God also made a way for us to be saved from our sin by no power of our own (a free gift). That’s where Jesus comes in (I’m sure you’ve heard of Him). But more on that later.

Who is sinful? Who is redeemable?

The Bible plainly says that “all have sinned and fall short of the glory of God” (Rom 3:23). In the old testament, Solomon said “There is no one on earth who is righteous, no one who does what is right and never sins” (Ecc 7:20). 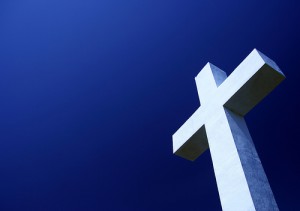 Furthermore, scripture is very clear that anyone is able to be forgiven by God and attain salvation by faith, confession, and repentance. Acts 13:39 teaches that “Through Him everyone who believes is set free from sin…” See also 1 John 1:9.

The bad news is that everyone has sinned and is worthy of nothing but hell, and that includes gays. But the good news is that everyone is able to receive the free gift given to us by Jesus that is His goodness and worthiness so that we may be saved from our own sin and spend eternity with our perfect, generous, loving God. God loves and desperately desires to save all sinners, and that includes gays.

The difficult conversation has to be had about the sinful nature of homosexuality. We cannot ignore God’s standards for sexuality and family structure.

The creation ideal of sexuality and marriage can be found in Genesis and was affirmed by Jesus. The ideal of an intimate partnership is for a male and female to be monogamously married for a lifetime and any lustful or sexual activity outside of that relationship is not apart of God’s design.

Homosexual activity is not, however, alone or unique in its sexual sinfulness. In fact it is less common and arguably less impactful than other forms of sexual immorality such as adultery, divorce, cohabitation, one-night stands, or pornography.

So the answer to the question of homosexuality’s sinfulness is a resounding yet cautious “yes, but…” Yes, homosexual lust and activity is sinful in nature and does not live up to the creation ideal as described in Genesis (Lev 18:22, Rom 1:26-28, 1 Tim 1:10). But homosexuality is not somehow an ultra, unpardonable sin and is in fact to God on the same level as heterosexual divorce or straight men indulging in pornography. It is absolutely forgivable by God, even with continual struggle and disobedience.

The State of Being Gay

It should be noted that there are lines which can be drawn to distinguish between what is and what is not sinful when it comes to being gay. Jesus said that lust is the same as adultery in Matthew 5:28, but what is lust and where does it begin?

I would tell a straight man that when he acknowledges a woman’s beauty and realizes his attraction for her, there is not necessarily dishonor in that thought. However, when the man begins to imagine himself touching her sexually or even holding her hand he has then committed lust and therefore adultery.

Similarly, for straight women it is not harmful to think of men as attractive, funny, or kind. But when she begins to have exciting romantic fantasies or begins to open up to him in an emotionally intimate way, she has easily entered into the realm of lust.

Being a homosexual is not sinning against God. Being attracted to the same sex does not make you an abomination to God and it does not automatically mean you are going to Hell. Enjoying things that are typically only enjoyed by the opposite gender or being uninterested in things that your gender is usually uninterested in does not make you unacceptable, unlovable, or even abnormal.

The line is crossed when you choose to go against God’s preordained design. Sexual fantasies about, sexual activity with, and pursuit of the same sex from more than a brotherly/sisterly/familial standpoint is where homosexuality becomes sinful. God will forgive it, even if it is a continual habitual struggle, but it can severely damage your relationship with God.

If you are gay, please realize that God still loves you no matter what. The church as a whole does a particularly horrid job of ministering to homosexuals and talking about sex in general. Don’t let that stop you from pursuing God. Jesus still wants to save you and have a relationship with you for eternity.

You don’t have to look acceptable to God to turn to Jesus. In fact, Jesus lived a perfect life so that through Him, we can be redeemed. Accepting Jesus as God and having faith in Him as your savior is what makes you acceptable to God, not your sexual orientation.

Have you struggled coming to God because of your sexual feelings or how Christians act toward gays? Has this article helped you process feelings or ministered to you? Leave a comment below, I’d love to hear from you! Otherwise, thanks for reading!

4 thoughts on “Does the Bible say Homosexuality is a Sin?”