Something that really sucks about growing up (for most of us) is that the second you start having difficulties and dealing with new social pressures happens to be the same second you start feeling extremely uncomfortable opening to up to anyone who would actually be able to help you. 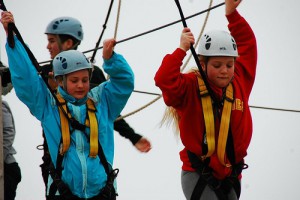 Sorry parents, I’m not necessarily saying you didn’t do a good job or anything like that; it’s just a cruel curse of the world that we really don’t wanna talk to you about what we’re really dealing with because somewhere inside we just don’t want to hear an answer, whatever it may be.

Fact is, this is a part of your life that will define many of your insecurities, anxieties, traumas, and other horrible things you will carry with you for years to come. The redemption is that you will also find some passions, skills, interests, hobbies, and maybe even a couple of friends to take with you as you go.

One of the more unfortunate things about this hellish middle school age is that you’re in a world of nothing but transition and confusion. Everything under the sun is either for kids or adults, and you’re neither one. You’re a misfit and all your peers are misfits except most of them seem at least slightly more normal than you. Right?

And to top it all off at some point you start dealing with either random boners, funny feelings, and weird dreams or cramping and bleeding for days on end. You’re bombarded with nothing but sex and violence in TV and movies and find yourself asking what the real world is like and if you even want to be part of it.

Oh yeah, and about sex – what do you make of it? Well, you learned about it way too early but there wasn’t much choice because your physical changes make it really necessary to learn about that stuff. What a world, eh? If you can trust me, then believe me: it’s really not worth thinking much about quite yet. It’s just really, really not. You’ve got too much other crap to deal with.

I suck at this, but…

Now I’m well into the word count and trying to think of a way to give you some great advice and move on, have a nice day, have a nice life, hope this helps, take this pat on the back and some Prozac or Ritalin and you’ll be good to go. You’re a great kid.

But I’m sad because I don’t know what to say. I want to help you but I’m afraid I can’t. I could say “talk to your parents, teachers, pastors about these things” but let’s be honest: you won’t.

You’re holding it all in until one day it comes to a head and you start just crying for no discernible reason. Some of us are healthier than that but come on, be realistic. Growing up is hard. I often say being an adult is hard, but I’m still glad I’ve moved on from teenagerdom.

Okay, that’s enough. I’m not gonna BS you. I’ve been straight with you and I intend to keep doing so. There is an answer, even though you might ignore it because that’s what I did.

What Changed it for Me

There were a few people I met who just gave it to me straight and laid everything out there on the table for me to see. All the grime, the corruption, the blood. They didn’t try and baby me or give me well-meaning but shallow and meaningless answers to life’s burning questions. They were real; they were rare; they were there. 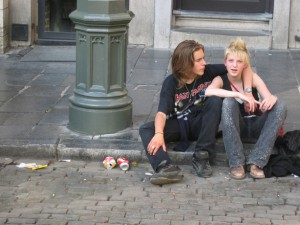 If only I had met them several years earlier than I did, maybe I wouldn’t have been so miserable in the awkward trudging days of youth and pimply pubescence. But I guess when I got to know them was better late than never.

Or maybe I should just say “God’s timing is perfect!” like everyone else. (Look, not that I disagree, it just really, really doesn’t seem that way sometimes.)

They were the people who weren’t afraid of hard questions. I could ask them things like why God didn’t seem to care about me. Instead of screwing up their face deflecting the question, they would honestly frown and speak reality into the situation with a difficult but truthful answer. Maybe it wasn’t easy, but it was life. And they spoke life to me.

What You Don’t Want to Hear

I wasn’t interested at all in the Bible back then. Most people aren’t. Even a lot of Christians. But if you’re thinking it’s a dry and boring book full of just history and religious doctrine, you’re plain wrong. It’s a book about life and truth. It’s about humanity and our struggle. It’s, yeah, about God, but how God relates with nasty little creatures like us.

These people who I got to know knew the Bible and they used it along with prayer (scary, I know) to know God and were able to deal with life with peace because of it. Something I hadn’t witnessed before: a kind of confidence and surety that transcends the other, more superficial kinds. Confidence in the Lord and His word.

Did I already lose you? Okay. I get it. I got too preachy and shut you down. Whatever. Maybe you were reading this because you’re dealing with some of the things I was (or still am) and wondering what I was going to say about it. If you’re still reading, though, maybe you’ll listen to something I say?

I get it. There is something about church and stuff that makes Jesus look extremely unappealing. I think that’s just in our corner of the world because in other places you have to fight, flee, and hide to be a Christian. You have to give up life as you know it. Our version here is safe, which makes it easy to water it down. 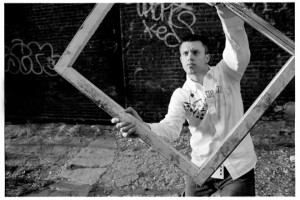 Don’t you realize that every fantasy story was inspired by mythology? All mythology was constructed not only from imagination but from segmented, partial truths.

Many of those truths are derived from part of history that is found in ancient scripture. Every fictional deity is a weak and humanized imitation of the one true God of scripture.

When you search for the undiluted truth and seriously seek the God of ages, stuff gets real. Meeting Him in the darkness and the light is the only good way to navigate the overwhelming sense of lostness and confusion we get growing up. And it’s the only thing that makes sense.

Face it: you’re having to deal with growing up. I gave you the only feasible answer in the world and now you have to make of it what you will. Just don’t blame me for not pointing the way. It’s up to you to take it.

Another class shirt… courtesy of Henry Gretzinger via freeimages