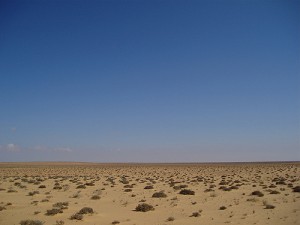 I’m not sure if you’ve noticed this, but whenever you hear people talking about humans that lived in the past they usually have this condescending tone in their voice. Especially on television, from “scientific” research, and hyperbolic depictions in motion pictures.

It’s like when we talk about where we thought infants came from when we were little. “Haha, I used to think babies were made in tummies after a kiss! I was so dumb!” Example: the common belief about our solar system, before we had sufficient evidence otherwise, was that the sun orbited the earth. “Wow, humans really thought that? How naive of us! It’s a good thing we’re smarter now!”

A thousand years from now, if Christ hasn’t yet come, the people of the future will look back and laugh at our society. “They thought they needed oil and natural gas for power? Hahahaha! How primitive.” I can imagine the bewilderment of future scientists as they read about how we ingested poison, grease, and God knows what else in our food.

“But wait,” you say, “that’s just progress! We have to learn from our mistakes before we can move forward!” Here is what I say to that: if you think humankind is capable of fixing the mistakes of humankind, you have a very flawed view of the world. Maybe someday we’ll find a way to harness a more efficient energy source, or how to eat again without slowly killing ourselves. But do you think humankind will ever overcome greed, lechery, hatred, fear? I don’t either.

I think humans of the past were better off in a way. There was so much we could not scientifically explain we were pretty much forced to accept that we couldn’t know everything. “Why does the sun shine? What are the stars in the sky, and why are they only there at night?” Now that we have figured out an iota about ourselves and the world around us we have the arrogance to think that we can explain anything.

For some reason we feel really insecure when we don’t know something. It’s almost like it was built into us to seek truth. Hmm…

But here’s an interesting thought: maybe humans are just as intelligent now as we have always been. Maybe less. “But that’s ridiculous! What about skyscrapers? What about modern medicine? What about our understanding of the universe?” Well, the foundations of architecture, medicine, and astronomy are all firmly planted in history thousands of years ago, perhaps the beginning of time.

If it weren’t for those intelligent, early humans, we wouldn’t be nearly where we are technologically today. Do you really think pyramids, ziggurats, and enormous stone temples could have been built without the most masterful engineers of the day?

When you think of cave men you imagine these dumb, ape-like idiots who can barely talk stumbling over their clubs. But if you were thrown into the wilderness with no steel knife, firestarter, or pre-cooked and frozen meals, how long would you survive?