When you’re reading certain parts of the old testament your eyes might widen at some of the mandates and law codes given for the Israelites to follow.

What in the world is up with these crazy old testament laws? First glance and face-value is not the way to accurately pinpoint the ins-and-outs of these seemingly kooky commandments.

Unfortunately for Bible skeptics who refuse to take a scholarly second look at Biblical books like Leviticus and Deuteronomy, there are actually reasonable explanations for the passages that make us want to rip out pages from our Bibles.

Here I will be giving my review of “Is God a Moral Monster?” by Paul Copan. Personally this book has become my go-to reference resource on old testament law and ethics. That being said there are a couple of reservations I have about recommending it and will give it a balanced review.

First Things First: Does it Do the Job?

Does this book aptly and fairly provide answers about the supposed moral shortfall of God’s actions and commands in the old testament? Indeed it does. And in a way far beyond what you might be able to find on piddly-diddly apologetical blogs (like this one?) across the net with a simple Google search.

Paul Copan has done very well at compiling well-researched, explanatory arguments against allegations of immorality attributed to the God of the old testament. Not only that but he also tackles some of the “crazy” old testament laws that seem really wacky such as forbidding practices like tattoos, eating shellfish, and wearing mixed clothing.

The format is such that the book can either be read from cover to cover as a large academic thesis or absorbed bit by bit and used merely as a reference tool. It is very detailed and some might say long winded, but every bit of it serves to support the overall composition. 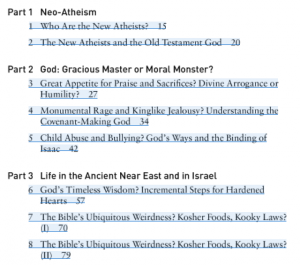 There is a lot of ground covered in this book but just for the sake of clarity I will summarize the points made and also elucidate what this writing is not intended to be.

Paul Copan’s stated goal in this book is to provide a complete yet not a voluminous work with a goal that is twofold:

First as a response to New Atheism’s take on the old testament and second as an authoritative and helpful reference for Christians wishing to study old testament law and ethics. 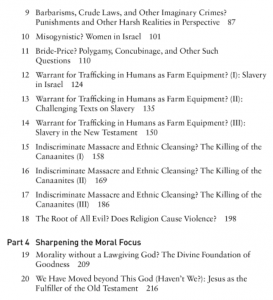 Copan is of course defending against the accusations of the God of the old testament being a “malevolent bully” and making the case for God in the Old Testament being just as loving and relational as He is in the New Testament.

As shown in the screen snips on the right, subjects covered include a wide range topics such as God’s attitude, strange and senseless requirements, harsh and abusive laws, barbaric commands, tyrannical warrants, moral ambiguity, and Jesus’ fulfillment of the law.

Paul is an evangelical Christian and thus this book follows suit with his worldview. He is defending allegations made against seemingly crazy old testament laws and offering explanations for some of the often misunderstood moral concepts found in the old testament law codes and commands.

Although Copan’s arguments fall within orthodoxy there are some suppositional and assumptive arguments that real big OT nerds might not agree with. One important factor in Copan’s argumentative style, though, is that he approaches each “problem” from multiple angles, not offering simply a single explanation for one topic.

What This Book is Not

As I’ve already stated, this book is a fantastic academic reference tool. That being said, I don’t think it’s for everyone and it certainly has its place. So here are a few things this book is not:

A guidebook for new Christians: it’s just not basic enough. Someone who is completely unfamiliar with scripture or very young in their walk of faith might just end up more confused than satisfied. This book doesn’t talk much about the basics of Christian doctrine but rather complex Old Testament issues of law and society.

Light reading: this isn’t a pleasure-cruise kind of read. Although this resource is excellent for study and research, it’s not a lounge-and-sip-latte kind of book (at least not for most of us). It’s a heavy and difficult read that takes concentration and maybe a notepad!

The Old Testament for Beginners: For the most part this reference assumes at least a basic level of knowledge of the Bible as a whole and particularly the old testament. One unfamiliar with the overall narrative and purpose of scripture might not get certain explanations.

Click Here to Check out My Favorite Study Bible!

As excellent as this resource is it is far from a masterpiece or a one-size fits all type of reference book. It does have a few downfalls – although not dealbreakers – that might keep me from recommending it to certain people.

I think the biggest problem with the book is the confusing and inconsistent style it is written in. The text is dry and academic most of the time (like a university textbook) but sometimes is highly opinionated and overtly indignant toward new atheism.

It’s a difficult read not just because so many of the issues are complex but also the writing itself. That’s not necessarily a bad thing, it’s just that this isn’t a book for laymen or simpletons. It’s really meant for scholars and avid readers. 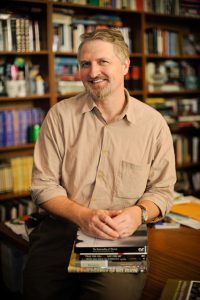 Should I Buy it?

Yeah, definitely. If you have any interest in learning about Old Testament ethics or how to refute claims about God being an immoral tyrant in the OT, then this book is for you.

Like I said before, the book doesn’t need to be read from cover to cover. It is perfectly content to sit on your bookshelf until you need to look into a particular topic it covers. And you can bet it will do a pretty good job at doing just that.

“Is God A Moral Monster?” By Paul Copan is definitely a must-have for disciplers and apologists considering how often questions come up about OT laws. I would recommend every small group leader or Sunday School teacher at least have access to a copy.

Well there it is, I hope you like my review of “Is God A Moral Monster?” by Paul Copan. If you need guidance on crazy old testament laws then you should definitely give it a read. Do you know of a better resource or has this one helped you? Let me know by commenting below!