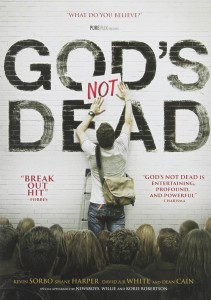 So I finally got around to watching the film God’s Not Dead (I know, I’m not one of those really hip Christians). I have mixed feelings about this movie and though it does have good production quality (for a Christian movie) it also has enough downfalls to keep me from highly recommending it.

I have seen this movie a good 3-4 times now and it seems like I change my opinion on it every time I see it. I’m altogether wishy-washy about this film and although I’m not singing it’s praises, I’m not quick to condemn it either.

There are some questionable things about this film including it’s theology, motives, realism, and authenticity. However, I do think it’s probably still worth seeing if for no other reason than to examine the morphing of quality and message in Christian movies today.

Also not that when I say this is a “quality” production I don’t necessarily mean it’s a good movie: I just mean it’s bearably watchable in comparison to some of the grainy and horribly acted Jesus films your church library is hiding away.

Anyway, if you’re interested in my hang-ups and critiques then keep reading for my God’s Not Dead Review.

If I were to take anything about atheists/agnostics away from this film, I’d learn that they are all mean and scary. Especially if they’re important. That’s the message this film seems to convey. I really wonder how many non-Christians the creators of this film actually know and spend time with. The kinds of unbelievers in this film make me wonder if the script was written by people who debate with angry and militant anti-theists all day online. 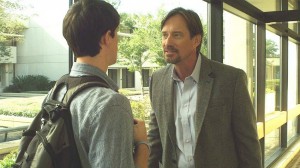 Don’t get me wrong, Kevin Sorbo played an excellent portrayal of what a corrupt, emotional, indoctrinating, overly liberal college professor might be like. Unfortunately, the only peers of Sorbo’s character we have to contrast with have very little screen time and only a few sparse lines of dialogue. The little we do see from them only seems to infer they are all robotic jerks who are exactly like professor Radisson.

However I can give props to the movie for showing that there are also Christians with faulty character. We clearly see that Mr. Main Character Josh’s girlfriend Kara is petty, superficial, manipulative, demanding, and even materialistic. Then again, maybe the film was trying to infer that Kara wasn’t a Christian and Josh was foolish for being unequally yoked…nah. Josh is too perfect to have not known that.

I can’t tell if this is an unintentional slip-up or a propagandist plot. Of course, some atheists really are total jerks! But then again, I’ve met so-called “Christians” who are just as bad. Or worse…

I understand the purpose of this film is to encourage and empower Christians, but it is very unlikely that at the end of your story everyone will accept Christ. If you expect this in your ministry, you will be torn up. We should hope for the best, but be prepared for the worst. 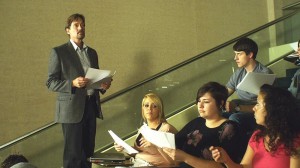 The questioning and discipleship scenes with the token Asian exchange student stereotype are kind of cool, but I really wish the film would have addressed some of the more challenging aspects of walking alongside skeptics and seekers.

There is not enough relational ministry in this movie and too much drive-by show-and-tell. Debate and emotional dialogue with terminally ill people don’t bring people to accept Christ: the Holy Spirit of God alone can do that.

Seriously. Let’s step back a second. Every single one of Josh’s classmates stood up in the end, completely convinced of God’s existence. The paltry arguments of the mean, old atheist curmudgeon professor just couldn’t snare even one of these poor and easily influenced students. Take that, Satan! 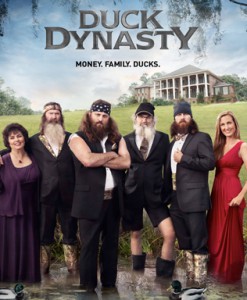 I can’t figure out if this movie got more money from movie tickets and DVD sales or from major product placement. People say this movie is inspiring, but what it really inspires me to do is go buy an iPhone and then use it to watch Duck Dynasty while I sip on a Coke. And then I can download every Newsboys album while I watch God’s Not Dead 2! Okay, not really.

Much respect to the Robertson family but Willie’s appearance in the film was needless and only used to draw an audience. Much respect to the Newsboys but… yeah, same thing. I was very disappointed in how the movie culminated in a big Christian concert celebrating like the end of a fantasy film: huzzah! The Chosen One has defeated the Evil One!

Admittedly, the production quality would probably not be nearly what it was without some of these big sponsors, so more power to them. I guess I’m just not a big fan of having major brands shoved down my throat while I’m trying to watch a movie. This is a movie, right? Not a 2-hour infomercial?

At the end of the movie, you’re prompted to text everyone in your contacts that “God’s Not Dead” and join the “movement,” as if that has any purpose. My question is… what movement? You mean the one Jesus already began, or one that prompts us to send strange and unsolicited text messages to everyone we know (and probably plenty of people we don’t)?

I  mean, there wasn’t even a prompt to invite someone to church, let alone to pray for and build relationships with people who don’t know Jesus. Just send a text message with no context. Your evangelism efforts are stunning. Truly life changing.

When you begin to be part of “modern Christianity” there is a problem. Christianity was never meant to be modern or keep up with the times, but what Jesus taught us is infinite and timeless. If making and joining “movements” were an effective and Biblical form of ministry, we wouldn’t have the crisis of belief we have today in the American church.

I’m not necessarily trying to tear this movie down, it’s just I feel that it barely touches what Christianity is about. I did like the film, but I still have more criticisms for it than compliments. For a Christian movie, it had great acting. The production was near-Hollywood quality. Maybe B-movie Hollywood, but Hollywood nonetheless. Think Scary Movie. Okay, bad comparison (God’s Not Dead isn’t a comedy). But you get it, right?

If you haven’t seen the movie, I hope you can get past my cynical, devil’s-advocate comments and watch it to form your own opinion. It does have some good qualities to it: I just wouldn’t recommend you choose it for your next church movie night. At best, it can provide fuel for interesting discussion.

Thanks for dropping by to read my God’s Not Dead Review. Did you like the movie? Comment below and let me know if you had similar feelings or if it managed to encourage you or bolster your faith.