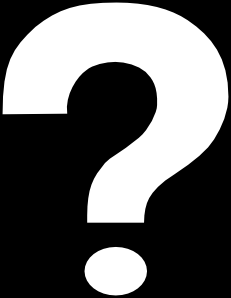 Normally on this website I’m trying to give solid answers to questions related to the Bible and the Christian faith… I’m trying to point people to excellent Bible resources.

Today I’m the one asking the questions and talking about my struggle. Today I’m sharing my struggle with Calvinism.

Soteriology. Doctrines of Grace. Election and free will. What does it all mean? Maybe we can walk this path together.

Please understand that I am still considered to be a laymen. I do have above average Biblical knowledge, yes, but I am not a theologian or seminarian. That is to say that I have not been formally trained on Biblical doctrine and all that stuff.

That being said, I am not a new Christian and I consider myself to be fairly mature in my faith. Sure, I’m young and inexperienced, but I know the gospel. My soul is grounded in the Lord.

So take what I say with a grain of salt and feel free to correct and educate me by commenting below.

Also take note that here in part 1 I will mainly be discussing the surface personality and (admittedly somewhat exaggerated) caricature of Calvinism. In Part 2, I discuss my issues with the TULIP doctrine.

In case you aren’t aware (and in that case perhaps you are blessed) I will briefly explain two major, mostly competing theological concepts. Those are Arminianism and Calvinism.

Let me back up a bit by explaining these are differing beliefs on soteriology. Soteriology is basically the study of salvation and how it works. The biggest issues these schools of doctrine have with each other are how they deal with election and free will.

In reality, though, whether Arminian or Calvinist, most people fall somewhere between those two extremes. Most Christians believe in some combination of election and free will. The Bible clearly teaches aspects of both. There are other views as well, but these are the two you probably hear about most. 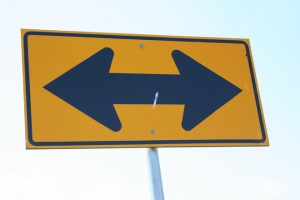 To me at this point it is trivial. This argument is only splitting hairs and churches. Whether you believe one or the other, does it affect how you live your life? Does it change the gospel? Does it change how we do ministry?

It should not! And if it does, such ministry was not based on the gospel but on a human ideal of what salvation is. And thus, if you believe that a brother is unsaved based on or due to his erroneous view of salvation then I think you have a very shallow and immature understanding of faith and salvation.

This is the beginning of what rubs me the wrong way about Calvinism… Calvinistic die-hards are some of the most vocal about their supposed flawless theology… give me a break!

There is a popular phrase… “cage stage” Calvinism. It refers to immature Calvinists who are overzealous, obnoxious, and in some cases belligerent. Even experienced, calm and kind Calvinists find the “cage stagers” difficult to quell. Such is where the term came from… it would be better for them to be in a cage for a time.

I fully recognize that a good deal of what non-Calvinists think about Calvinism is misrepresentation. I understand that “cage stage” Calvinists represent neither a majority nor the heart of wiser and more mature Calvinism. From what I see, most Calvinists are actually admirable scholars. Thinkers, intellectuals, and strong believers.

“When you go to church you are really listening-in to the secret wireless from out friends: that is why the enemy is so anxious to prevent us from going. He does it by playing on our conceit and laziness and intellectual snobbery.”

But I also see that this sometimes leads into the “intellectual snobbery” that CS Lewis mentioned. Does this have to do with the somewhat recent popularity of all things hipster? Some pipe-smoking fellow with a thick beard and a brandy who thinks the particular brand of theology he subscribes to is the only truly “reformed” one.

Is it just me, or have Calvinists hijacked the label of being “reformed?” Let them have it; I am content with being a mere protestant.

“When I came to understand the Doctrines of Grace,” I’ve read again and again, “I came to a greater place of understanding that caused me to worship like I had never before.”

That is fine. After all, our understanding and our worship should and likely will improve as we move toward God throughout years of a Christian walk with Him. But why is it that some (perhaps overly) reformed individuals seem to think that their “greater understanding” is so infinitely special? Why are other understandings so juvenile? 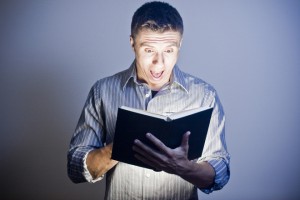 Why does it seem that so many Calvinists believe they have found some special thing? As if it is the only acceptable and reasonable belief. As if they have found true knowledge and other Christians have not (and only by the grace of God, of course).

This isn’t Buddhism. We as Christians are not seeking “transcendence” or some higher plane of thought. We are seeking God. God has given us what we need to know, and made it clear. God also has obscured what is not required and what we do not need to know. This is the difference between primary and secondary doctrine.

“In All Things Charity”

In essentials unity, in non-essentials liberty, and in all things charity (compassion). A commonly quoted phrase that comes from the Christian Reformation. There are closed-handed beliefs that all Christians must agree on, and there are open handed beliefs which are not necessary for all believers to agree on.

While it is true that Christians must have faith in Jesus Christ as their only means of salvation, the mechanics of that salvation do not necessarily need to be understood. We should know that we do have free will of some sort. We should also be aware that the Bible calls believers God’s “elect.” Somehow those work together.

However, it almost seems like a lot of Calvinists think that Calvinism is primary doctrine. If that is so, I would like for them to explain to me the great many wise and Biblically knowledgeable evangelical teachers who happen to be Arminian. Or anything other than Calvinist, actually.

I once casually met the leader of a Bible study group which met weekly. Upon finding out that I also led a Bible study he seemed excited. He earnestly asked “so you’ve got a pretty good understanding of reformed theology and five-point Calvinism?” I must not have, he certainly did not seem satisfied with my answer. He was kind, though. “It’s alright, you can learn it.”

Does it matter? I have a pretty good understanding of the gospel of Jesus Christ and the Bible as a whole. Is that not enough? Of course we should learn theology. But wouldn’t it have been better to ask me about the contents of my faith rather than its label?

Please do not misunderstand my roast of Calvinism. I don’t mean to attack reformed ideas, I’m just mocking the caricature of those who seem to worship the doctrines of grace. I listen to and respect many great Calvinist minds from recent historical Spurgeon to contemporaries like Piper and Sproul. I find Ligonier ministries to be a highly valuable resource. Even my own home church has a mostly Calvinist eldership.

It seems to be a somewhat complex theory. In the very least, the way it interprets scripture seems to be somewhat complex. Not that it interests me based on said complexity. But it takes much thought and discussion to be decided on either side of the argument.

It is not only the caricature that bothers me. Putting aside my feelings toward that, I do actually desire to learn more about the substance of Calvinism. But I think at this point it’s going to take a wise, learned, and clever Calvinist to talk me down from my current stance.

I realize I’m mainly dealing with surface issues in this post. There are probably even Calvinists who agree with me on the appearance and attitude of visible Calvinism overall. But I also have issues with the doctrine, which I will publicly wrestle with in Part 2 of My Struggle with Calvinism.

There I will discuss more about the specific theological points of Calvinism and my thoughts on each. I guess you could say I’ll be picking a TULIP. Feel free to leave a comment and pick at me, too! I’m actually willing to learn.

Have you got a bone to pick with me, or do you think you can help me see things differently? Or maybe you agree and thought you were the only one who felt that way? Leave a comment below and I will respond. 🙂