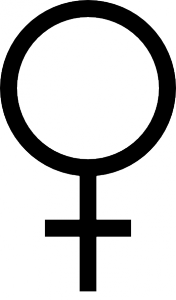 It’s not at all that I am irritated with those women; they voice their struggles and they are all worthy of understanding. I’m angry at our culture. Each of the types of women mentioned above and every woman in between has days where she has to look in the mirror and decide if she feels pretty enough. And I would say we have a crisis or pandemic in our world when a majority of these females feel unworthy, unattractive, and unloved.

And if your body type is good then well, that sucks, because our standards for beauty don’t stop there. You also must worry about your facial shape, cellulite, acne, hair, fingernails, thigh gap, cup size, butt size, stomach tightness, skin color, complexion, smell, voice, laugh, body language, dewiness, and many hundreds of other things.

Whew. And people accuse the old testament laws of being brutal? Our unspoken cultural laws for attractiveness have ravaged multiple generations of psychological torment on women who otherwise could be able to feel confident, independent, and empowered to live their lives unashamedly.

Curves Are Not the Answer

Even though obesity is a major health crisis in the United States, it seems like many  overweight women have jumped onto the “big is beautiful” bandwagon in a desperate attempt to make fat popular and sexy.

Don’t get me wrong: there are plenty of large women who are very beautiful. There are plenty of men who find larger women attractive. (Actually, I think I personally know just as many men who prefer “fuller” women as those who prefer thin women. Or in the very least, I have met a significant amount of men who either don’t have a preference or are willing to compromise with that preference.)

But making plus sizes the next big fashion trend is not a proper response to the demanding and fickle sex appeal fascination of the day. Success in that endeavor would only go from one extreme to another: two of the biggest and most tragic symptoms of our self-image crisis, anorexia and over-eating, would only flip-flop. We would go from making fat jokes and victimizing larger women to marginalizing and unfairly stereotyping thin women. No progress would be made.

Despite a new ideal put forth in naive and ignorant lyrics to popular songs about being larger (watch out for those links, the words are difficult to stomach especially in the first one), the idea of shaming skinny women can only worsen the issue. Real women don’t have curves; real women have vaginas.

We Have a Problem

It isn’t enough that perfectly normal (and normal is good) looking women have delusions of their bodies being ugly, dysmorphic blobs of curd. After all, some of the lucky better-but-not-perfect looking women might be able to attain that superstar look if they just keep grasping at it… the right hairspray, the right makeup, the right shampoo, the right exercises in those desperate hour-long torture sessions in the gym… right?

But what about about the ones who have no hope of coming anywhere near the ideal? What about the girls with this-or-that disease or medical issue that practically guarantees they will never fall under 200 pounds? What about the 30 year olds who were told they would grow out of their acne but still have some sort of uncontrollable skin condition festering all over their face?

What if you are unable to ever become something that is acceptable? What if you will never look at yourself in the mirror and think “damn, I look good?”

The Culprit is Culture 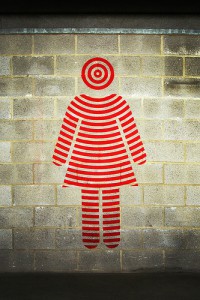 It may not do much good to mention the fact that the culture you live in makes you feel ugly. After all, constantly being pelted with cosmetic advertisements can’t send you a subconscious message that you will never be good enough, can it?

The ideal body type can change every few decades in any given region of the world; let alone the incredibly varying standards of beauty in different cultures throughout history! Will us consumers ever realize that since the world’s idea of good looks is so fickle and superficial we might not ever actually measure up to what is top notch and trendy?

Ask yourself how often you have heard conflicting information about what is attractive and what is not. If your opinion of good looks is based on media and popular opinion (which it is much more than you think) you might not even be able to define attractiveness versus non-attractiveness.

Keeping with the theme of what I said above, body type and physical barriers to beauty are not the problem. There are plenty of skinny people across the US (and beyond) who wish they could gain weight. The issue is obviously how we view ourselves.

I know it is highly cliche and not of much use to suggest that someone simply appreciate what they have instead of wishing they had better. That being said, it is easy to over-complicate, over-analyze, and compare yourself to other people much too often.

We could learn a lot from simple and modest communities such as the Amish. The Amish incorporate plain and modest dress primarily for the purpose of turning attention away from themselves and onto God. Wearing simplistic and mostly uniform clothing is, to Amish, a way of rejecting the fads and fashions of the world and emphasizing a focus on community involvement, inner character, and devotion to God. 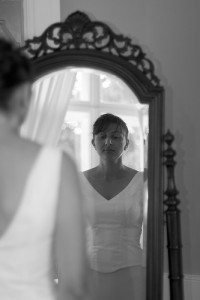 This cultural phenomenon is not only religious but also has some positive social reasoning behind it. The Amish clothing style keeps sexual tensions lower, keeps from having to worry about impressing people with your physical appearance, and discourages the highly competitive nature of our modern apparel choice.

In other words, it is in large part the objectification of women in our culture that causes these major self-esteem problems. To stop seeing yourself as a product you need to sell and begin realizing your inherent worth as a human being who has talents, thoughts, emotions, and an ability to commune with God is a critical first step in the process of building your self-image back up.

I’m not saying that we should all start wearing suspenders and long dresses: I’m merely pointing out that our society’s endless “more, better, fancier” appetite only damages our self esteem and causes us to work against each other. We keep hearing people say “it’s the inside that counts.” While that is certainly a Biblical idea (1 Samuel 16:7), the big talk never comes through and the world continues only to focus on whether or not you fit in one of a few pre-approved boxes.

This is where it gets preachy. If you are struggling with any sort of body image, self-esteem, self-loathing, or other issues that make you feel like you’re not good enough, you are absolutely not alone. Although you might not be able to emotionally understand it, God tells you that you are fearfully (lovingly, devotedly) and wonderfully made (Psalm 139:14).

The Lord can and does bring healing. The difficult part is that sometimes God will allow us to struggle with ailments like these. There is much to say about why God allows suffering (we don’t have time for it here) and it may seem unbearable at times, but our solace is that God walks with us as and comforts us as we suffer and He understands our pain

When you are able and willing to completely surrender something over to God, He will take it and turn it into something wonderful. That does not necessarily mean your pain will stop (although that can happen), but if you have committed yourself to Jesus He will raise you up to walk in newness of life (Romans 6:4).

Remember that your identity is not rooted in your appearance, attractiveness, clothing, struggles, relationships, sexuality, or gender. Your worth is not based upon how good you look or how accepted you are or how much you have. Your real and true identity can only be found and actualized in Jesus Christ and your value is inherently given to you by God (John 3:16, Romans 8:38-39, Genesis 1:27).