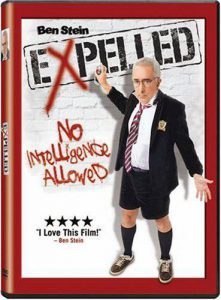 If God’s Not Dead was a bombastic and propaganda-like approach at addressing the issue of institutional higher learning’s hostility to religion, then the documentary Expelled by Ben Stein is the studied, calm, and level-headed version of that same presentation.

Instead of screaming falsely about persecution with a victim mentality, Stein coolly exposes inherent biases within the university system. He doesn’t put on a ridiculous drama (although some of the cinematics in the film are humorously hyperbolic), but instead actually speaks with people who have lived through these problems and lets you hear right from the source.

In the midst of a world full of sensationalism and yellow (fake) journalism, it’s nice to watch a documentary without so much hype it seems to induce panic. Stein doesn’t seem to think the world is ending, but he is issuing a grave warning to America and those involved with institutions of learning throughout our country.

Although the film was released in 2008, it is more relevant today than ever and I think it’s a valuable admonition to the intellectual theists and agnostics of our day. But what exactly is Expelled about, and is it’s message really true and reliable? In this Expelled: No Intelligence Allowed movie review, I will dive into the good and bad of this documentary.

Quick Summary: to Watch or Not?

Expelled might be an old documentary but it is more relevant than ever and definitely worth a watch. Ben Stein put a lot of money into exploring and exposing bias within the scientific community and this film is the result.

Chances are if you’re the type to willingly come to this website without rolling your eyes at the title then you will enjoy this documentary and might even learn something about our current problem among America’s scientific community. (Bible’s aren’t for scientists, right? Only stupid Christians.)

I would encourage you to find a service that streams it or pick up a copy online, especially since it’s an older discount-bin type of film.

The purpose of Expelled is to explore claims of worldview bias and lack of ideological diversity among institutions of higher learning. Specifically, the film makes the claim that the scientific community of the US at large is hostile to and intentionally muzzles anything having to do with even the suggestion of intelligent design. 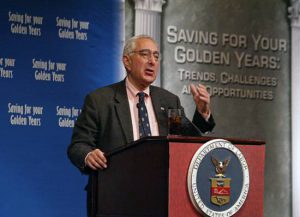 Ben Stein is Jewish, so you might expect Expelled to be all about arguing to keep teaching creationism in schools. That’s not actually the case. In fact, one of the points of the film is that intelligent design theory is not necessarily religious, nor is it mutually exclusive to creationism.

For example, the non-religious belief that a technologically advanced and highly intelligent extra-terrestrial race “seeded” or genetically bred life on earth would be an argument of intelligent design. Even Richard Dawkins, the de facto high-priest of New Atheism, admitted to the possibility of this theory.

Is it Really that Bad?

So what if the scientific community and the world of academia hate religion? Haven’t we known that for decades? How does that affect our day to day life? Why should the average working American care about what’s going on in the scientific world?

Diversity of ideas and worldviews is what advances society and ideology. When fundamentally opposed viewpoints and cultures gather, clash, ask questions, learn from one another, and develop… that is what molds advanced, civilized, and prosperous societies like the one we are able to enjoy here in the United States.

The problem is that, in case you haven’t noticed, modern academic and scientific institutions not only snuff out ideas they don’t like, they lambaste and chastise them. What’s that? Prove it? Do I really need to? Do I?

The halls of higher education across the country are not becoming less religious. In fact, they are becoming more so. By removing and punishing any mention of an idea they dislike, they have become the very thing they hate: a dogmatic religious circle that reacts with vitriol when challenged.

Flaws of the Film

As a pessimistic critic I am obligated to find fault with anything I can. Expelled is probably the best documentary I’ve watched in awhile, but of course it isn’t without fault. So, what could Stein have done better?

It didn’t take long to convince me that academic institutions will go to extremes to remove mentions of religion and creationism from their textbooks and publications. Of course, I already knew that. But that was most of the film and seemed to be its main purpose.

Like a lot of documentaries, “Expelled” exposes flaws and issues without talking a lot about how to fix it. Even Stein himself seemed to admit that he didn’t have a solution; his job, he felt, was just to uncover the truth of bias in the university system. And he did very well at that!

However, little is explored as to how to approach the issue other than “if you happen to be in a position of influence in this system, fight for freedom of thought.” That’s it? How about “vote with your dollars?” If these institutions are thought police, stop giving them money!

Maybe point us to alternatives for today’s most biased scientific journals and other publications? I don’t know, but I left the film thinking “totally not surprised, but I guess there’s not much to be done about it.”

Is it Worth Watching?

Yes, I would give Expelled 4 out of 5 stars despite its fatal flaw. If you’re unaware of the current state of American academia then this is a good wake-up call for you. Even if you are aware, this gives you a bit more evidence and maybe some motivation to care.

Expelled might be nearly ten years old, but it’s still not outdated. If anything, the issues exposed in the film have worsened with little hope of improvement. While I wouldn’t necessarily use this as an educational film, it is a good informative warning about the choosiness of the scientific community.

What do you think about Expelled, and the current state of American intellectualism? I’d love to hear from you, so leave a comment below and I will respond. Thanks for coming to the Bible Booth!