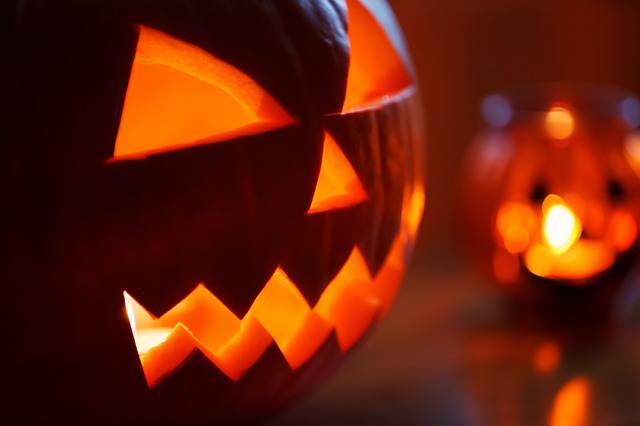 Every Halloween, searches for this question skyrocket online: Is Halloween Sinful?  Of course, there are many different ways you can phrase it, but the heart of the matter is the same. Can Christians celebrate Halloween in good conscience?

When it comes to Halloween, many Christians think of occult images and practices. But is there a redeeming quality to this allegedly dark holiday? Perhaps it simply comes down to how you choose to interpret and observe this day?

After finding some Biblical costumes for kids and Christian costumes for adults, I figured it was time to write my serious piece on Halloween as all the other Christian blogs will no doubt be doing as well.

There is a lot of good and bad involved with Halloween (like many other commercialized holidays). With so much history involved it can be difficult to discern the true roots of our modern observance. But it’s not so much the roots of Halloween that matter, it’s the heart.

Regardless of whether or not the ethos of modern-day Halloween matches up with the Christian belief system, Christians have a massive opportunity and even responsibility to go out into the world as salt and light in the darkness.

If modern day practices of Halloween are evil, the worst thing a Christian can do is sit at home with their porch lights off in a protected, Christian bubble. But on the other hand, if observing Halloween is permissible for a Christian, it would be unwise to become worldly even for a night (IE by drinking too much or participating in occult rituals).

Titus 1:15 says that to the pure all things are pure, but to the corrupt nothing is pure. How seriously do you take Halloween? A Christian with the purity of God has nothing to fear, but one with a past they can’t forget or a bothered conscience should stay away.

There is always a balance in the tension that can be found by praying to the Lord and listening, submitting to the Holy Spirit for guidance. Is Halloween sinful? Not inherently, no. But one should always be discerning, aware of their own vices, and aware of their surroundings.

Some people seem to focus on the origins of Hallow’s Eve for its moral justification (or lack thereof) instead of the current, modernized Halloween we all know today. I like to make the argument that it’s not necessarily traditional past we should be focused on, but what that has turned into right now. 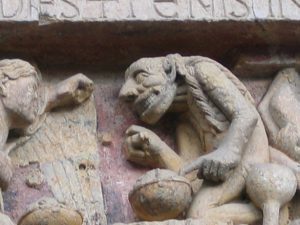 Still, it’s always good to know origins and history, so I did some research on Halloween just like everyone else. Despite what you may hear, the exact origin of Halloween is unclear and disputed among historians both academic and liturgical.

This AIG article on Halloween makes an interesting case for Halloween having roots in the time of Noah sometime after the Flood. While I am intrigued by the historical speculations and don’t doubt that possibility, I do think “the Evils of Halloween” section on that page is a bit uptight.

Long story short, most historians agree Halloween was originally a pagan celebration of the dead. That pagan observance was eventually either meshed with or replaced by a Christian alternative which mourned and celebrated saints who had passed away.

Eventually, the celebration went full-circle and gradually turned into the mostly secular costume and candy fest it is today. I could look up and link to a bunch of highly qualified papers on it, but this post isn’t about the history of Halloween. Instead, I’ll link you to Halloween on Wikipedia. That’s a credible and authoritative citation, right? 😉

The question of Halloween’s supposed sinfulness and Satanism reminds me of 1 Corinthians 8. This passage is often used as an illustration of Christians who are “in but not of” the world. In the city of Corinth it was common for the people to consume meat which had been dedicated to idols (false gods).

The church in Corinth asked Paul where Christians should stand when it came to the issue of this meat. Paul was detailed in his response but his reply was a double edged sword, if you will. On one hand, Christians have freedom in Christ when it comes to idols because Christians know there is only one true God. On the other hand, exercising too much freedom in Christ could confuse weaker or less wise believers.

You might say “come on, Tennyson, it’s absurd to compare Halloween to sacrificed meat.” And I would agree with you. Although you might be surprised at the amount of Christians who would would equate the two.

As an understatement, having fun on Halloween is quite a bit different than eating food offered to false gods. This principle from 1st Corinthians can still apply, though. If you are Christian and you believe something to be demonic, why would you fear it? The power of Christ protects you. If you truly have faith in God, you know He is the only God. Idols are powerless.

Christians Should be Cautious 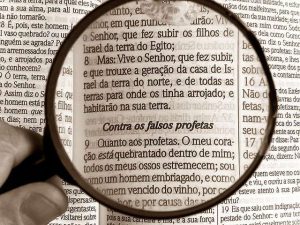 That being said, Halloween and the occult is still a very sensitive spot for some Christians. Perhaps you have a dark personal history with the occult or regret things you have done on Halloween in years gone.

Maybe you are aware that you lack self-control and don’t want to be around alcohol, candy, and other indulgences of the day.

These are understandable situations and no one should shame you for disliking Halloween. Now we are getting back to our passage from Corinthians, and also 1 Corinthians 10:32. Be aware that Christians struggle with this, seek to understanding why, and do not make their struggle more difficult but rather support them.

When Halloween IS Sinful

I’ve already touched on these points, but I must address them specifically for the sake of clarity and closure. In some cases Halloween can be a very sinful slippery slope of debauchery and regret. You must be willing for the Lord to search your heart and convict you of carelessness and disobedience (Psalm 139 gives us insight on this).

Satanic rituals are not the norm on Halloween, but some people are interested in demonology and the occult in general. Some of those people might pursue those things on Halloween. If I need to convince you that pursuing the occult is a bad idea, this isn’t the article you should be reading.

Obviously, though, an obsession with the actuality of demonology (as opposed to fictional occult) is not only sinful but can harm you greatly. If you’re already a Christian and you’re simply wondering about Halloween, though, I shouldn’t have to tell you that.

The other potential pitfall of Halloween is the earlier debauchery I mentioned. Next to maybe St Patrick’s Day and New Year’s Eve, it’s one of the most favored holidays for finding an excuse to partake in alcohol and other pleasures. No, pleasure isn’t wrong, but an excess of unhindered self-indulgence can lead us to into sin (which therefore can lead to negative consequences).

One more thing I might add… if you use Halloween’s supposed evil as an excuse to not evangelize the lost, you’ve sinned by shutting yourself in and not caring. “Oh, Halloween is evil, can’t do ministry on that night!” Remember that opportunity I mentioned earlier? Why not go out and love people on Halloween? That might sound odd, but I guarantee that’s what Christ would encourage us to do. 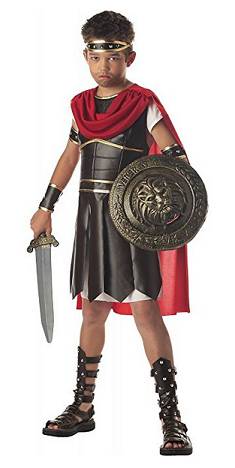 Most Christians who fear and hate Halloween are jumping at shadows. It’s really not as scary and demonic as you think. If anything, it could be a great excuse to have a movie or game night with the family. But your kids are probably going to want to go trick-or-treating. Should you let them?

Trick-or-treating specifically isn’t sinful, but is it safe? What is the crime rate in your city? Are the kids old enough to go unsupervised? Is there an alternative activity that won’t spoil the fun? The answer won’t be the same for everyone. Don’t make dogmatic rules based on fear, but be discerning and help your family to make wise choices.

In some cases, the church has done well serving the community by offering safe alternatives for knocking on strangers’ doors after dark. Trunk-or-treats, fall festivals, or whatever you call them can actually be good outreach. Are they silly? Yeah, sort of. But you might be surprised at how many non-Churchgoing families appreciate these events.

This last one might shock you! Having a drink or maybe even a smoke and hanging out with friends can be totally okay. That’s what I’ll be doing this Halloween (gasp)! Yes, I condemned overuse of alcohol earlier. And yes, it’s stupid to get plastered, wasted, black-out drunk. But if you have a decent amount of self control and friends you trust to keep you accountable, it’s alright to partake in moderation.

For the Christian who is uninterested or unequivocally repulsed by Halloween, or otherwise has no calling within the festivities thereof, there are a number of historical Holy-day celebrations that I don’t think should be ignored by modern church culture.

Reformation day is a time to remember, celebrate, and even thank God for the protestant reformation and its major historical influences. Even some Catholics are grateful for the reformation and the part it played in changing the heretical and dystopian trajectory of the Catholic church.

All Saints Day and All Souls Day were traditionally observances for Christians to honor and remember the faithful who are no longer with us. While praying to the dead is unbiblical and idolatrous (Acts 16:16-19, 1 John 4:1), keeping in mind the sacrifices of departed Christians (especially the martyrs known and unknown) can be a hallowing rite.

Are you still asking if Halloween is sinful? Ultimately you should seek God’s will for your life on this topic. You can read this and all the articles about Halloween out there you want, but in the end who you really should be asking is God.

I don’t want to repeat myself but I also wish to summarize all I’ve said here: Halloween is not inherently evil or sinful, and Christians are free in Christ to celebrate with sobriety, morality, and discernment.

However, Christians should also be aware that some of their fellow Christian brothers and sisters might struggle with Halloween. We shouldn’t shame others just because we feel they are killjoys, but we should understand their convictions. 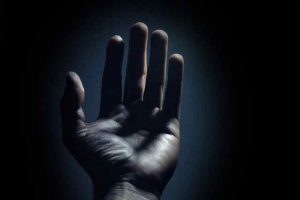 And to the Christians who do have issues with Halloween, you are not wrong in refusing to participate. Whether you have a personal history with the occult or consumption, or maybe are just uncomfortable with it overall. But please do not allow your faith to diminish when other Christians participate, and do not assume they are sinning.

The only correct, good, and true way for you to find what you personally should do is to pray to the Lord and ask His Spirit to guide you. Ground yourself in scripture, be patient for and confident in His reply.

I realize there are many on both sides of this issue who would disagree with me, and that’s okay. But my point goes back to realizing differences in calling and conviction among the church. One person can hate Halloween and be perfectly justified in that before God while another might revel in it without stumbling into sin.

What I hope and pray for all Christians is that we can avoid extremes, remaining vigilant and wise at all times. Brainless indulgence is definitely sinful, but so is unreasonable hatred of simple festivity.

Is Halloween Sinful? I hope I helped to answer this question. If so, or if you have an alternate perspective, leave a comment below! I’d love to hear from you, and I’ll answer you!

Until next time… Happy Halloween!

4 thoughts on “Is Halloween Sinful?”