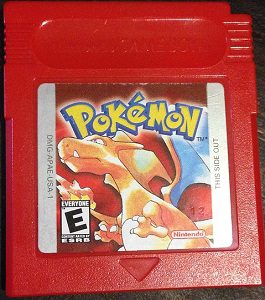 has been a super popular and ridiculously successful global phenomenon for about 20 years now. It continues to be one of the most popular video game franchises worldwide!

Especially with the release of Pokemon GO which made over $6 billion USD within the first few weeks.

But should Christians play Pokemon? Does Pokemon have demonic influence? Will it indoctrinate kids into a groupthink of secular humanism? Does it teach evolution?

It’s so well known that even people who have little familiarity with Pokemon still recognize Pikachu, the de facto Pokemon mascot.

Reception of the brand name is highly variegated but mostly positive. The biggest critics and skeptics of Pokemon though, at least in the US, seems to be overly-religious and ultra-fundamentalist Christians. (Why are Christians so stupid?)

So is it okay for Christians to play Pokemon? Or is it not so bad? Let’s step back and look at this issue logically.

Is Pokemon demonic? Should Christians play Pokemon? Can they? Yes, of course Christians can play Pokemon. There is nothing inherently negative about the games. I have already written about Christians and video games, and Pokemon is no exception. The answer is very similar.

Despite some claims of Pokemon being demonic creatures or the franchise influencing children to believe in evolution, the allegations against this game are unfounded and in most cases simply made up.

Below I’m going to go into the details of why some people say the game is evil and expose the reality behind these silly accusations.

Oh, Lord, no. Wacky Sensationalism. There are some really nutty “pastors” and false “prophets” out there like this guy who jump at at shadows and think every little thing is a gateway to the occult. Not really.

There are two equal and opposite errors into which our race can fall about the devils. One is to disbelieve in their existence. The other is to believe, and to feel an excessive and unhealthy interest in them. They themselves are equally pleased by both errors and hail a materialist or a magician with the same delight.

In the case of claiming Pokemon’s demonic influence, the error made is the latter. If you look hard enough, you can make the case of just about anything being Satanic. Or Illuminati confirmed. Gracious.

Let’s check out some of the finer points of these claims so we can shelf this superstitious nonsense. 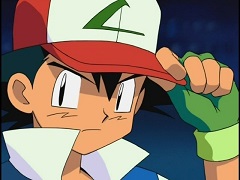 Pokemon’s supposed demonic influence is based very loosely on a few minor, purely symbolic points. Some say the symbol on the hat of the main character, Ash, is Satanic. In reality it’s a stylized L for league.

Then there are the ghost type Pokemon. Oh, no! And they actually haunt places! What if they are evil spirits? Or how about this… what if they’re a simple expression of common folklore?

Just because a piece of fiction portrays an unrealistic character of the spirit world… well, it’s fiction. Even the kids playing the games know that.

Or what about the Unknown Pokemon, who are shaped like mysterious letters? Could they be utterances of a gutteral, demonic language found in Satan’s Dark Grimoire? I guess they could be. But they’re probably just variations of real letters from multiple languages such as Latin and Greek.

Others are disturbed by the fact that the ‘mon’ in Pokemon is short for “monsters.” *Gasp!* Of course there is the false assumption that all monsters are demons and some have gone as far as to say that Pokemon are demons or devils.

I submit to you that spiritual leaders and ‘pastors’ who use scare tactics like this are significantly more likely to be “monsters” of the faith if they have taught Christians to live in fear of innocent things like Pokemon. Give me a break.

One of the most common reasons given from parents disallowing their kids to play Pokemon is that of evolution. Most Pokemon have multiple tiers of forms that they can evolve into from their base form. When a Pokemon gains enough experience or meets a certain criteria it has an opportunity to evolve into a more advanced form.

As a skeptic of monkeys-to-man evolution myself, I think Pokemon evolution is a very silly reason to believe that the entire franchise is out there to teach our children about evolutionary biology. Especially since the change Pokemon undergo is less like evolution and more like metamorphosis (caterpillars into butterflies). 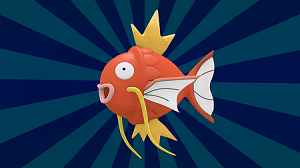 On top of that, Pokemon for the most part evolve into a slightly modified version of the same kind (with the exception of a few Pokemon like Magikarp, pictured right).

Ironically, scientifically literate Christians do not dispute the fact of microevolution even if they question macroevolution. (See more myths about Christianity here.) Ironic because, as I stated above, Pokemon hardly even contains macroevolution or even evolution in general (since it is more like metamorphosis). And again, as I stated in the above section, Pokemon is fiction and kids are smart enough to know that.

Just about anything in the world can be bad for someone, and just about anyone can develop an addiction or disorder having to do with obscure things. Pokemon is no exception! We all should use (un)common sense when pursuing a hobby or activity that could be potentially time consuming or addictive.

Pokemon might contain certain themes which some people might be sensitive to. For example, I know one Christian man who forbade his children from Pokemon because he felt it had resemblances to animism (to Christians, a pagan belief system). “That was a big part of my life before I was saved,” he told me. “I was just being cautious while my kids were little. They’re old enough now.”

Of course, Pokemon has no parts to it which could objectively lead someone into an animistic religion and I doubt it has ever done so. But my friend had particular convictions and was wise to follow them. If you feel the Holy spirit is telling you to stay away from something, then you should.

There is also the “couch” mentality or brain-numbing stereotype. If you’re spending all day everyday playing Pokemon, you should probably tone it down a bit. If it disrupts relationships or everyday functionality it’s definitely a problem. But there is nothing inherent about Pokemon that causes it to be more addictive or obsessive than other activities (I’m looking at you, sports fans).

Oh and if you’ve found this article because your parents say you can’t play it, then you should be obedient to them. By the way, if you’re a preteen, I wrote this just for you. 🙂

So back to the original question. Should Christians play Pokemon? Sure, why not? There is little reason not to unless you have personal convictions that say otherwise. The game itself is pretty innocent and decent.

And of course if you are addicted to Pokemon or video games in general then it’s a good idea to back off and examine your habits. But Pokemon overall has no more potential to become addictive than your average game, so there is only need to be cautious if you have a highly addictive personality or have struggled with similar issues in the past.

If you’re a Christian parent looking for family-friendly games or shows to let your kids consume, I might even recommend Pokemon. It’s so tame and innocent in comparison with other things they could be doing like playing Halo online with voice chat or browsing Tumblr.

Either way, now you know that Pokemon isn’t a threat and won’t tear your family apart or cause your kids to backslide. Do with that what you will. Even if you still don’t approve of Pokemon, don’t condemn others for enjoying it. It’s pretty much harmless and good clean fun.

Did you find my assessment of Pokemon to be helpful or enjoyable? Please comment below and let me know! And as always, thanks for hangout out here and reading!